These Cinnamon Roll Muffins are so simple to make and taste amazing. They are made from refrigerated cinnamon rolls very similar to my cinnamon roll breakfast casserole. 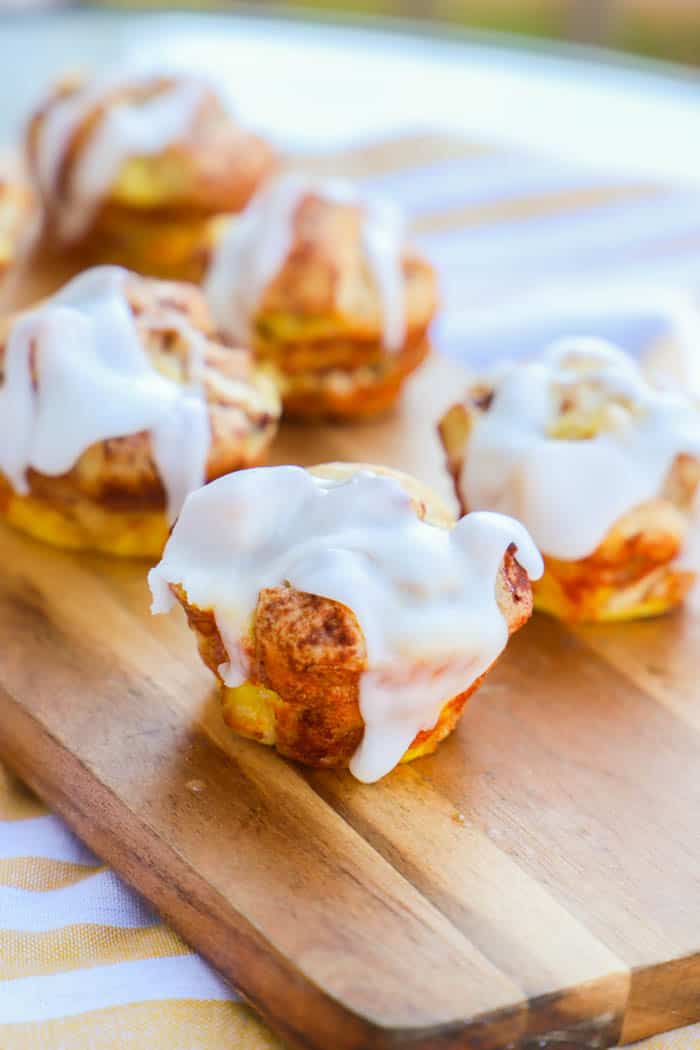 I LOVE Cinnamon Rolls! It's one of my all-time favorite breakfast recipes when I want something sweet. These Cinnamon Roll Muffins are so simple to make. I used a tube of refrigerated cinnamon rolls and cut them and baked them in an egg wash.

It's so simple and they taste amazing.

I am always on the hunt for an easy breakfast recipe and after I made my very similar cinnamon roll casserole I wondered if I would do the same thing with muffins. They came out perfectly and one of our favorite recipes.

This recipe is super simple to make! Most of the work is already done for you, as we are using canned and refrigerated cinnamon rolls you buy at the grocery store.

Add a few other ingredients and we have ourselves a new twist on a classic cinnamon roll breakfast! I hope you enjoy them!

Step one: Start by preheating your oven and then prepare a muffin tin heavily with nonstick cooking spray then set aside. For this recipe, I did not use liners but you could if you want. Since I am not using liners that is why I make sure to heavily spray the muffin tin. All my muffins came out easily. 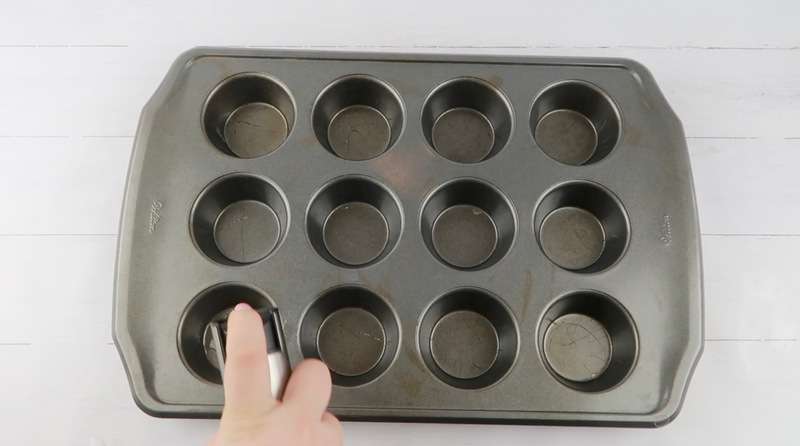 Step two: Open refrigerated cinnamon rolls and cut each roll in quarters. Once they are cut then you can place these evenly into your muffin tins. 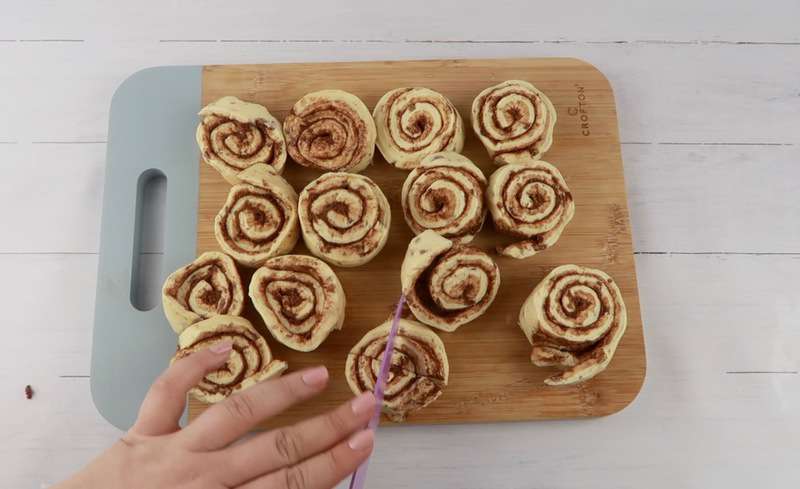 Step three: In a separate bowl whisk together eggs, cream, vanilla, and cinnamon. 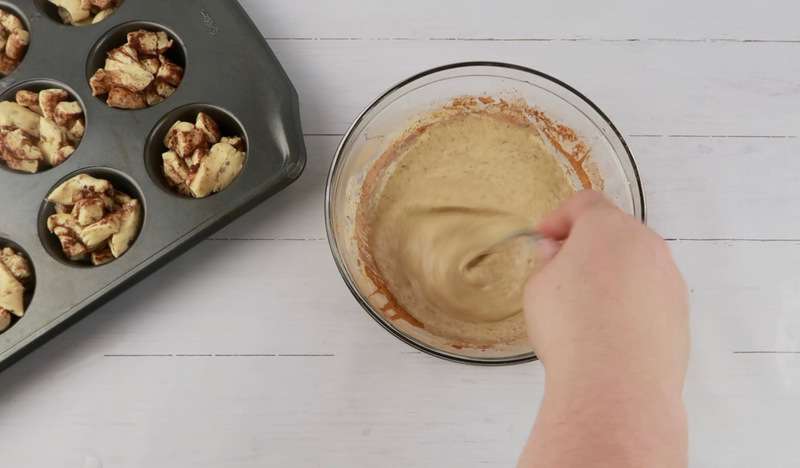 Step four: Once whisked pour this evenly into each muffin tin about ¾ of the way full. Bake until cooked through. Allow cooling slightly then drizzle on icing. 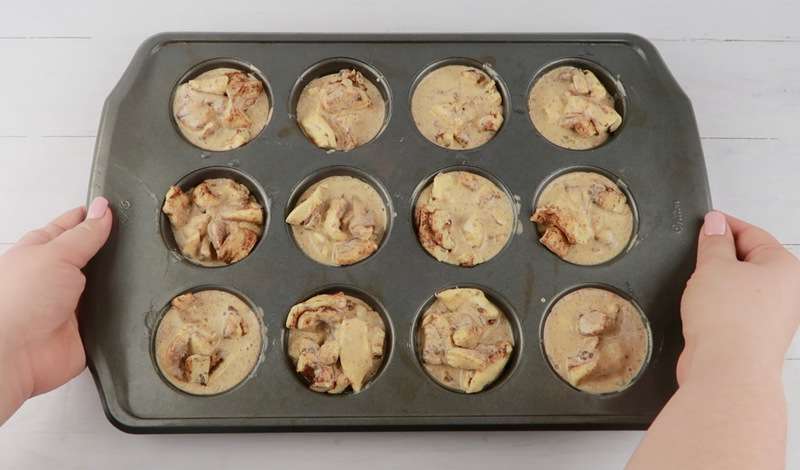 Step five: Once your muffins have baked, take them out and allow them to cool. Once cooled top them with the icing that came with the cinnamon rolls! 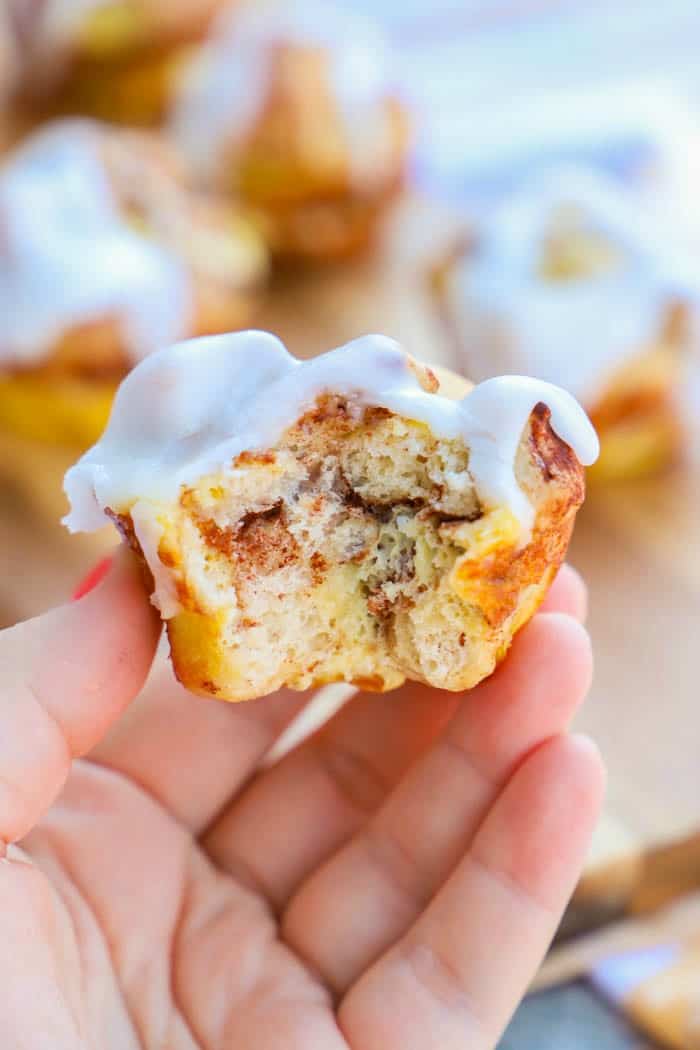 Muffins are the best for breakfast. I love making a batch that we can eat all week. Plus you can easily eat them on the go or pass them back to the kids on the way to school or activities. Here are a few more of my favorite muffin recipes for you to try next.

Here are some of my other cinnamon roll recipes:

Cinnamon roll cake - This Cinnamon Roll Cake is so simple to make and taste amazing. A simple cinnamon swirl added to your cake batter then baked.

Cinnamon roll Monkey bread - Breakfast or dessert,  you pick, This Cinnamon Roll Monkey Bread is easy to make and so good you may just want it for both. Simply cut and pint your cinnamon rolls then roll them in a cinnamon-sugar mix. Baked and then drizzled with icing. 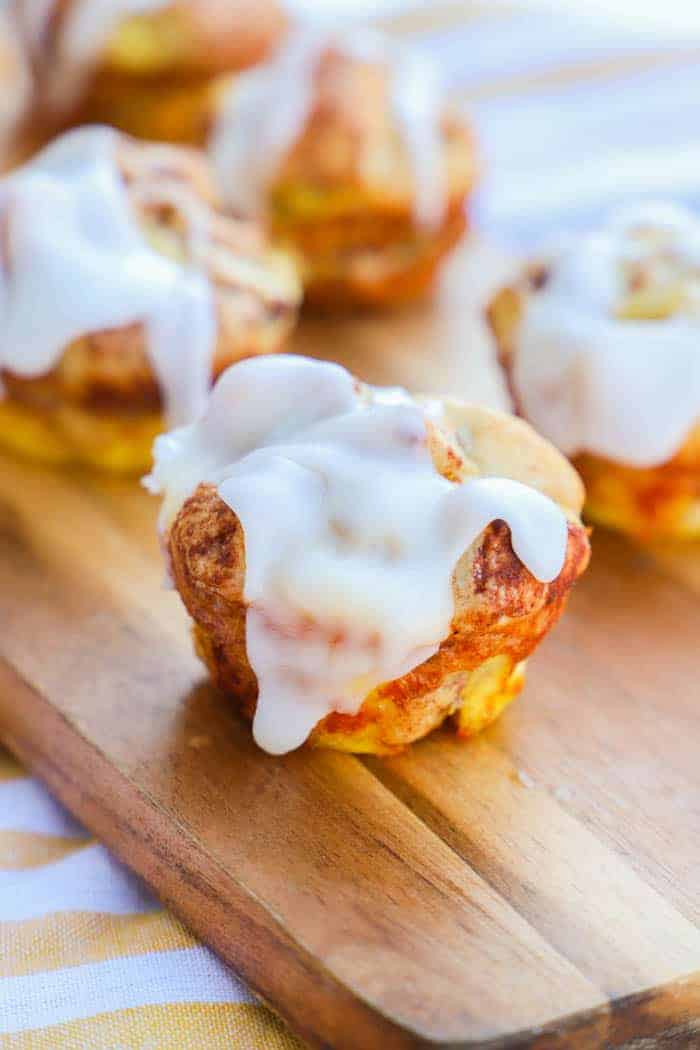 I would love for you to follow along and discover more amazing recipes.

Show me what you are making, tag us, or use hashtag #TDOARH 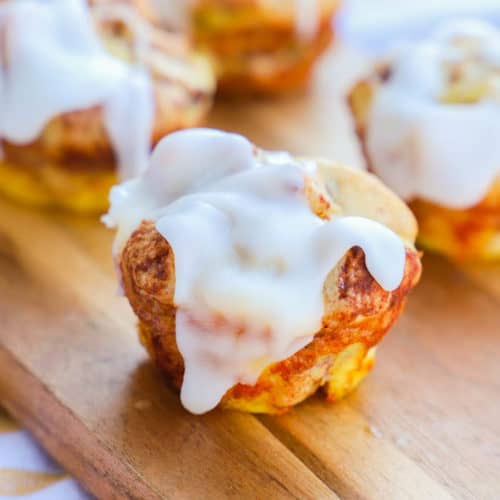 Hi, I'm Jennie! I'm a busy mom of three and I love cooking and sharing easy recipes. From slow cooker meals to casseroles all my recipes are simple to make and ones the entire family will love.