This easy dinner recipe is going to be something you want to your menu plan soon! My new favorite way to make spaghetti, Taco Spaghetti!

Spaghetti was a staple in my house growing up. Every Wednesday was spaghetti night, and we always tried to think of different ways to eat it! My older sister masterminded the ranch and melted cheese recipe. The taco spaghetti was always my favorite! Mostly because anything with taco is my favorite. This easy Taco Spaghetti has only a few simple ingredients, but has a big taste that you are going to love! If you love taco recipes then make sure to check out more of my taco recipes next! 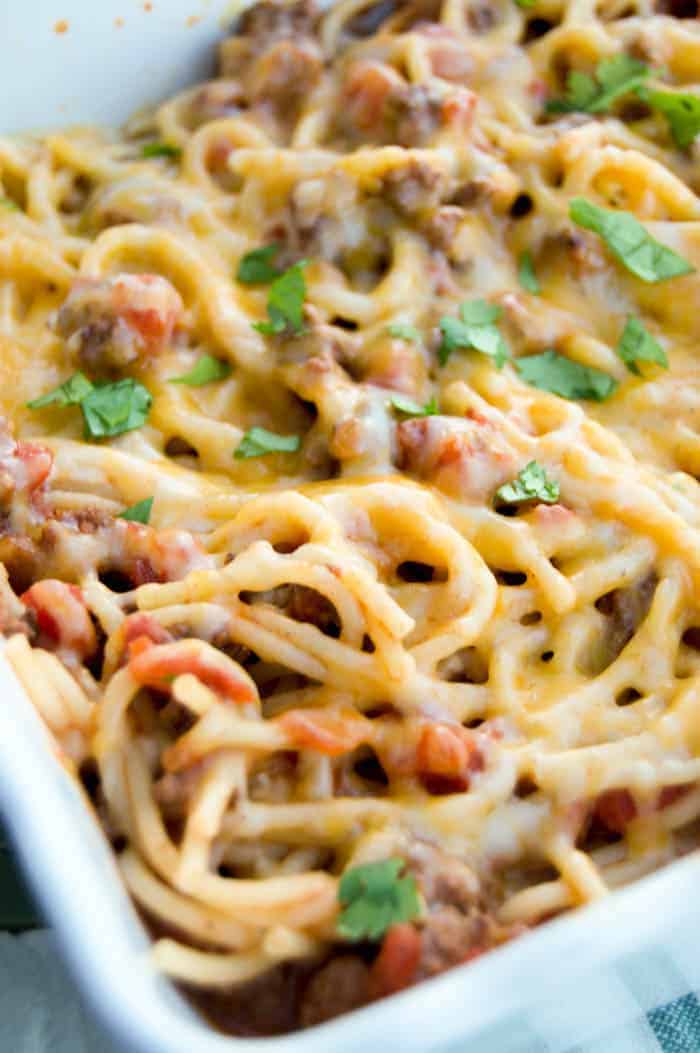 How to make Taco Spaghetti:

Start by cooking your spaghetti according to package directions. In a separate skillet cook your ground beef. Once it’s cooked, drain, and then season it with taco seasoning. I love using my easy homemade Taco Seasoning. Drain your spaghetti and return it to the pot. Add ground beef and Rotel to your spaghetti, mix, then place in a casserole dish. Top with shredded cheese and pop it in the oven. Allow your cheese to melt, because everything tastes better with melted cheese on top! Remove and top with fresh cilantro and sour cream.

What other readers say:

I love seeing what you all are saying on the recipes, and the ways to change them to make them your own. Here are some tips from readers that I think are wonderful ideas. 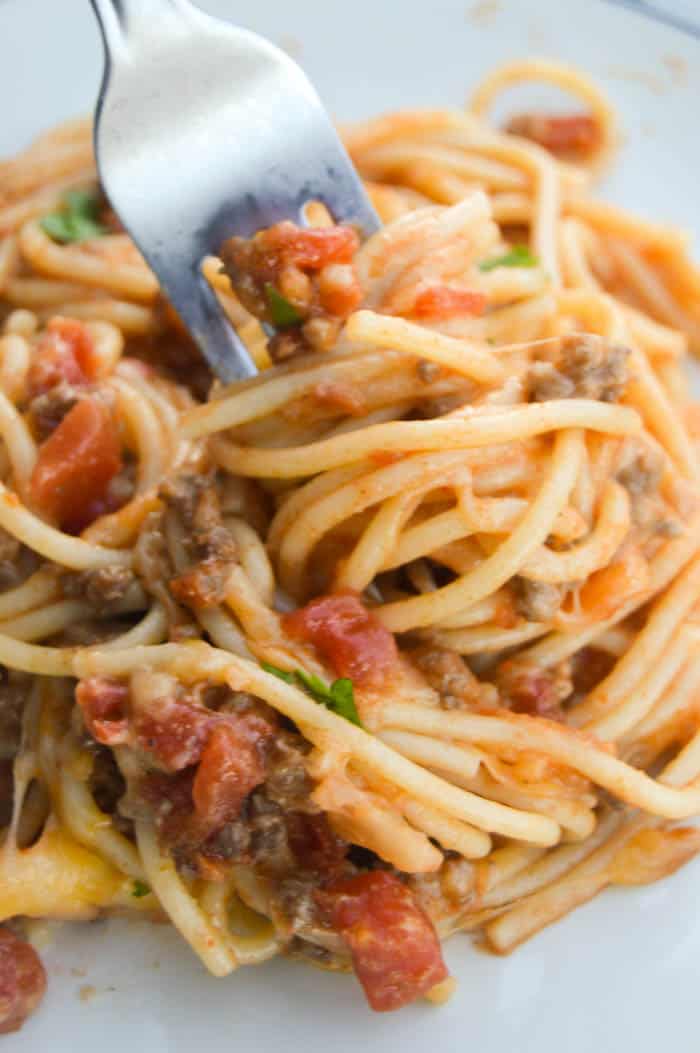 Have leftover spaghetti? Try these recipes next:

Easy Chicken Spaghetti: I love this simple recipe! It’s creamy and cheesy and one of my family’s favorite dishes.

5 Ingredient Parmesan Garlic Spaghetti: If you need a dinner done in thirty minutes with little work this is the one you want to try! 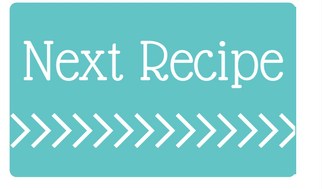 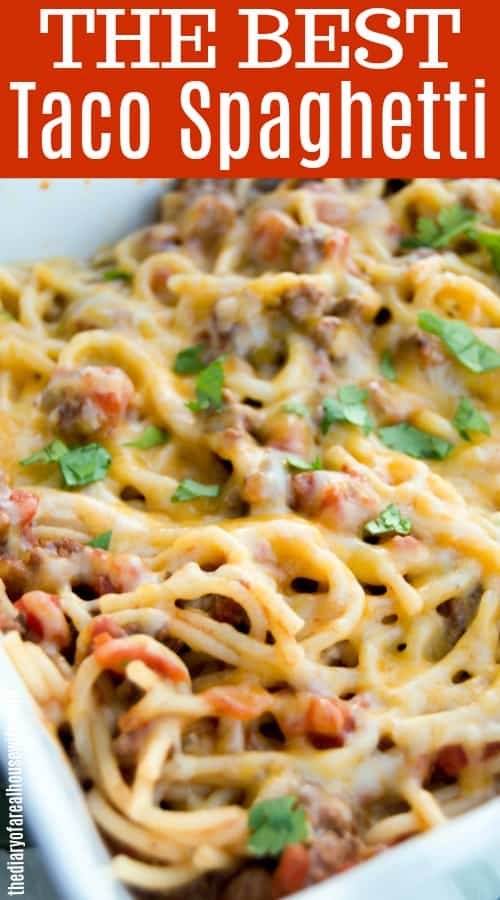 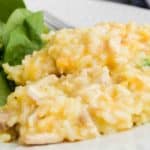 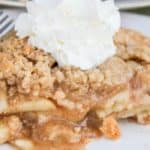 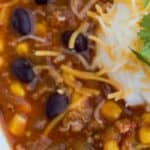 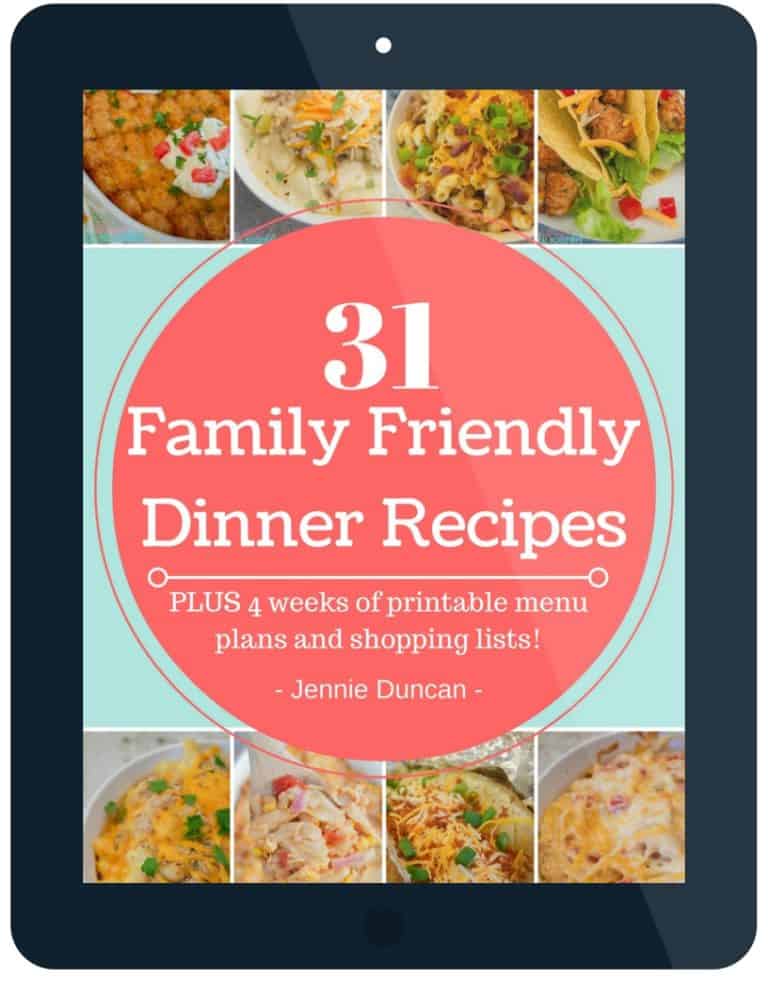 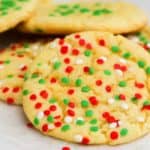 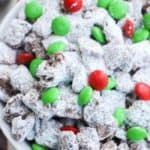